The terry-towelling onesie in 'fresh lavender spew I mean blue'.

I don’t do terry-towelling and either will my bundle of joy once he/ she vacates the warmth of my womb.

There are some things which terry-towelling can be appropriately used for – towels, nappies, burp rags, wraps, bibs and wipes – but to wear as clothing, hell no. My motto is if I wouldn’t be caught wearing it then either shall my mini-human.

Especially terry-towelling onesies. They are hideous. I’m sure they are comfortable, practical, affordable, warm etc but it doesn’t hide the fact they look ugly. The higher up in size they go the uglier they get.

The colours are also less than appealing and after one wash they look even cheaper than they did to begin with – yuck. You cannot make these bad boys look attractive – or can you …

I find it hilarious that the makers of these atrocities against fashion try to jazz up the onesie by giving it a fancy looking collar. Bonds like to use the on-trend Peter Pan-style collar with an embroided trim. Unfortunately it doesn’t steer the eye away from the fabric which has already started pilling the moment your hard-earned cash crossed hands with the shop assistant.

They are so generic looking too. I want my mini-human to stand out from the crowd and to be an individual – not follow the masses. By dressing Predator in a terry-towelling onesie I feel I’d be doing he/she an injustice by forcing he/she to a life of conformity.

I think the only way I would ever consider dressing Predator in a terry-towelling onesie is if it was to be used as an undergarment for extra warmth. However living in Australia it doesn’t get that cold so crisis averted. But ‘what about as pyjamas’ I hear you say – hmm maybe but probably not. Would you wear terry-towelling pyjamas? I didn’t think so.

Remember Paris Hilton? She tried to make terry-towelling cool and for a while there Juicy Couture made a pretty sweet fortune flogging its terry-towelling tracksuits to the masses.

If I remember correctly JLo and Kim Kardashian also tried to make terry-towelling happen. As Regina George said “it’s not going to happen”.

Terry-towelling hats were once cool – oh hang on no they weren’t.

According to Wikipedia – which knows EVERYTHING and is a very credible source – terry-towelling or terry-cloth is “a fabric with loops that can absorb large amounts of water”. Oh so that’s why it’s used to make towels!

I don’t plan on taking Predator swimming fully clothed and I hope I would change he/she’s nappy before a onesie was required to absorb the excess moisture. So why on earth would they even make items of clothing in this material? Why oh lords of fashion why?

My family teases me for being fussy and a snob but I like to think that I am giving my baby a head start when it comes to life by putting his/her best well-dressed foot forward. After all as we know – first impressions count.  😉

Is there an item you refuse to dress your baby in? 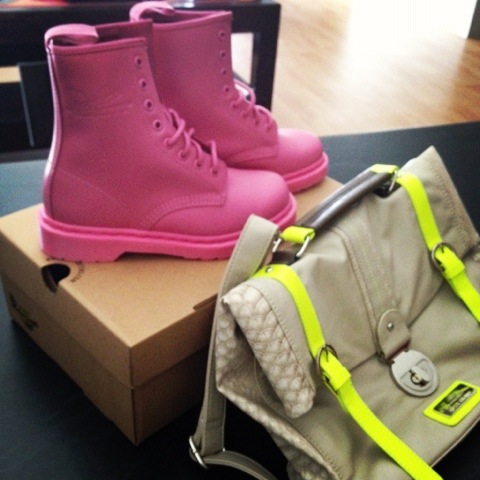 Is it a tent or a dress? Thankfully maternity wear has evolved and changed since the 1980s and expectant mums no longer have to hide underneath masses of material like poor Princess Diana and our own mothers did.

Dressing when pregnant can be challenging – your body shape is constantly changing, you may have put on a few extra kilos where you least expected to and now you have a bulging bump to contend with.

However being pregnant is no excuse for looking frumpy! Expectant mums can still look glamorous and on-trend. Staying stylish and rocking your hot pregnancy body needn’t mean an expensive or complete wardrobe overhaul either.

Has your bump outgrown your favourite pair of jeans? Never fear the belly extender is here. These pieces of fabric have been a Godsend for me and have allowed me to continue to wear my favourite jeans despite my growing belly. Simply throw on a longer top to cover the extender and you’re good to go.

My favourite casual look at the moment is coloured jeans teamed with a long tank top or t-shirt. Cotton On and Dotti stock a variety of colours and styles and are very affordable. There’s no point spending big bucks on the basics when you’re only going to keep growing. I then finish off my look with statement jewellery. Lovisa is cheap and on-trend. I’m there at least once a week. Throw on some comfy ballet flats and you’re good to go.

Dresses are an easy and stylish option for mums-to-be. Maxis not only look fabulous but are so comfortable and can be glammed up with some simple accessorising and strappy sandals. Throw on a cardigan or wrap for those cooler months.

Every pregnant women needs to own at least one pair of leggings. They are so ridiculously comfortable and versatile it’s not funny. However it is important to remember the two golden rules – COVER YOUR BUM AND ABSOLUTELY NO CAMEL TOE. Throw a dress over them, a long loose-fitting top or kaftan just don’t ever break the aforementioned rules – it is never a good look EVER on anyone.

If you’re feeling self-conscious about your changing body loose-fitting tops and dresses will keep you feeling pretty but if you’re anything like me and have a new-found appreciation for your pregnant bod – flaunt it! For maximum impact choose stretchy fabrics when you want to proudly show off your bump.

Some people – my mum – say pregnant women shouldn’t wear heels. To that I say whatever. Granted I wouldn’t wear them every day as they can put a strain on your back however I don’t see anything wrong with wearing them on special occasions. Just make sure it’s a sturdy heel and you can actually walk in them before leaving the house. I usually wear ballet flats, havaianas or my trusty Chuck Taylors. For nights out I’ll wear my Jeffrey Campbells. They may look high but they’re super-comfortable. I also recently bought another pair of Dr Martens but in a pastel pink!

If you’re too tired to hit the shops or like me would prefer to shop from the comfort of your home – jump online. From eBay to Top Shop there is a wide array of maternity wear right at your fingertips.

What are your pregnancy fashion tips? Where do you shop?

I just love this photo so much I thought I'd share it with you. Harper Seven Beckham is the world's most stylish baby girl and father David well he's just hot! Photo: XPOSUREPHOTOS.COM