*Let me preface this by giving a quick life update as I noticed in my second last post I was still preggers.  I gave birth to a baby girl almost five months ago so am now a mother to two littles!

They’re amazing and as I don’t like to use names here I will refer to them as the big-little and the little-little.

In that post I mentioned I might do the Sydney Marathon – well in less than four weeks I’ll be doing just that eek. I’ve also signed up for the ultramarathon in December.*

Okay now the life update is out of the way lets talk baking! By the way I’m typing this from my phone with a sleeping baby on my lap so I apologise in advance for any typos.

I am bloody over the moon to report that yesterday I successfully baked a chocolate cake.

The Lazy Crazy Chocolate Cake from Women’s Weekly Love to Bake. I let the Big-Little – who is also my sous chef – make the selection. I was a little apprehensive as one of the ingredients was whole-egg mayonnaise. Say what?! However whole-egg mayo is simply eggs and oil so it makes sense.

I won’t lie it was easy peasy. Only a few ingredients – mayo, self-raising flour, cocoa, raw caster sugar and water – thrown into a bowl. Beaten together and then bam into the oven for just over an hour.

The Big-Little assisted by tasting each individual ingredient and mixing it all together. Unfortunately for me he scored the licking of the bowl, spoon and beaters. I must be quicker next time.

I love chocolate. It’s my absolute weakness. Especially dark chocolate. Ermagherd it’s just the best. I think I’m singlehandedly keeping Lindt in business with the amount of dark blocks I consume. I don’t share them – my husband can vouch for that. I just inhale them one block at a time.

Anyway where was I? Ah yes the icing. Dark chocolate and milk chocolate melted into cream. Stop it! Goddamn it took every inch of my self control not to pour this delicious mixture straight down my throat. It was fucking deeeeeelish.

Part of me hoped the cake was a failure so I could drown my sorrows in ganache.

So the icing was done and the cake was rising beautifully. I was giddy with excitement when the timer went off. Now usually I am way too impatient and end up flipping the cake out and icing far too early resulting in a pancake swimming in goo. Not this time – I showed restraint! *fist pump*

I was commenting to my husband the day before how much I loved the styling of the cakes in Love to Bake as they were very rustic. The icing looked slapped on yet contemporary looking rather than cakefail.com

I can slap icing on. And slap it on I did. I even shaved some chocolate on top! Who am I even? It looked amazing even if I do say so myself.

Personally I can’t eat cake without a cup of tea so I boiled the kettle, made myself a cuppa and sliced myself and the Big-Little a chunk of cake each.

Oh. Em. Gee. Now the husband tells me I need to practice being more modest. Pfft to that I say! This cake was the shiz.

Rich yet light, moist and chocolatey but not overpowering. And my friends – it maintained its height!

So my foray back into the world of baking is off to a roaring start. This cake is hands down the best I’ve ever made. The only thing I can fault is I can taste how sugary it is.

However that’s not going to stop me from me having another slice and a cup of tea as soon as I’ve hit publish. I’m keeping this one.

I haven’t decided what’s next on the list. I think I’ll get the husband to choose this time.

Speaking of the husband he doesn’t think I’ll ever be good enough to audition for Great Australian Bake Off. So rude. Anyway challenge accepted I say! There’s nothing I love more than proving people wrong. Let them eat cake! 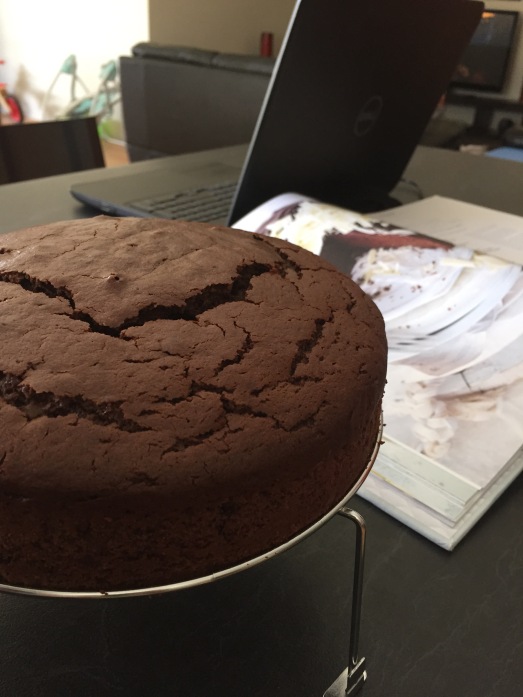 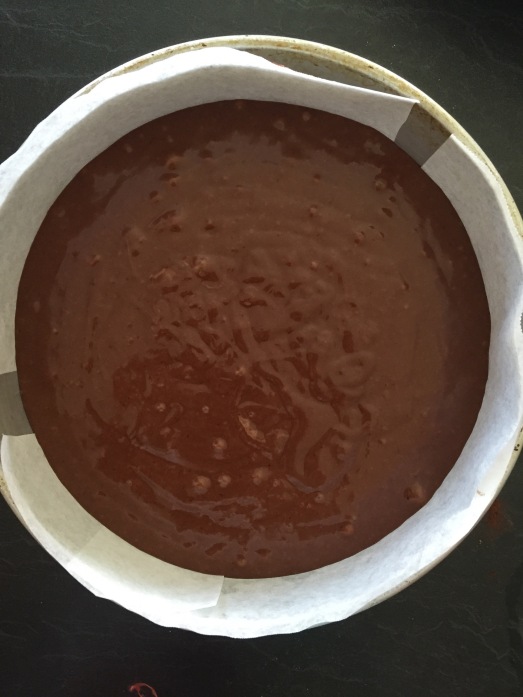